Welcome to the birthplace of devotion to St. Therese in the United States!

The Martin Family reliquary, the archives, photo galleries, and the remarkable nuns who founded and continue to run the Philadelphia Carmel…..

The gift of the reliquary of the Martin family to Philadelphia

In November 2013, Mgr. Bernard Lagoutte, the former rector of the Basilica of St. Therese in Lisieux, presented relics of Blessed Louis and Zélie Martin to the Magnificat Foundation.  The Carmelite nuns of Lisieux contributed relics of St. Therese so that a reliquary might be created for the Martin family, the first-ever reliquary of a family.  The Magnificat Foundation presented the relics, in a beautiful reliquary custom-designed for them by French sculptor Fleur Nabert, to the Archdiocese of Philadelphia. The Archdiocese entrusted the relics to the Monastery of the Discalced Carmelite Nuns.

The archives of the Philadelphia Carmel online

In honor of this historic occasion, the nuns have decided to share with the public a precious part of the history of their monastery that is now little known: the Philadelphia Carmel was the birthplace of devotion to St. Therese, the “Little Flower,” in the United States!  The story is recounted briefly below.  The Carmelites have digitized their archives and created this “history” section on their Web site to share with the public their community’s historic role.

Highlights of these archives:

The story of the spread of devotion to St. Therese

Sister Stanislaus of the Blessed Sacrament, O.C.D., and the other foundresses

One of these young foundresses, Sister Stanislaus of the Blessed Sacrament (a Philadelphia girl named Helen Kelly), was the pioneer in establishing devotion to St. Therese in the United States.  Sister Stanislaus, born in 1879 when Therese Martin was six years old, entered the Boston Carmel while Therese was still alive.  There she received an early edition of Story of a Soul in French.  Deeply moved by it, she began to live the spirituality of “Sister Therese of the Child Jesus,”  and, when she came to Philadelphia, she was already a major figure in the American movement to beatify Sister Therese.  Her assignment as portress gave her the opportunity to share Therese with many others.  Until Sister Stanislaus died in 1911, aged only 31, she corresponded with Mother Agnes of Jesus, Therese’s sister Pauline.  The letters from Mother Agnes are posted on this site.  As a result of this correspondence, the Carmelite Monastery in Philadelphia became the “depot” for thousands of booklets, pictures, and articles promoting devotion to St. Thérèse.  Mother Gertrude of the Heart of Jesus, Sister Xavier of the Angels, and, in particular, Sister Mary of St. Joseph, a schoolmate of Sister Stanislaus, threw themselves into the work of making St. Therese known.

About 1904, Sister Stanislaus introduced the Carmel’s first chaplain, Father John J. Moore, to Sister Thérèse.  He became a tireless partner in preaching the message of Thérèse,  From 1906 until his death in 1928, he preached tirelessly about St. Therese.  In 1927, in a preface to A Bouquet of roses, a book about Thérèse that had been written by Fr. Stepanian of Philadelphia, Father Moore wrote:

Sister Stanislaus, of the Discalced Carmelites of Philadelphia, introduced the life of the Little Flower to me about twenty-three years ago. It was written in French. Afterwards she showed me a record of some of her miracles. Then I began to preach about her twenty-one years ago, off and on, and for the last fifteen years every Sunday afternoon. The preaching made a demand for more knowledge of her; and our Carmel distributed thousands upon thousands of pictures, pamphlets and relics. There followed a call for these from all over the country, and our Carmel supplied this new demand for every State in the Union.

Philadelphia’s Carmel stood alone in this work of spreading devotion to Little Theresa, all over the United States; and Philadelphia was the first city to recognize with our Carmel the glorious virtues and power of the Little Flower.

Pauline Wilcox and the portrait of St. Therese

In 1907, Miss Pauline Wilcox, a friend and benefactor of the Carmel who later entered for a short time, commissioned St. Therese’s sister Celine (Sister Genevieve) to paint a portrait of St. Therese, and Miss Wilcox donated it to the Philadelphia Carmel.  For nearly a century it was displayed on special feast days at the monastery.  In 2002 the nuns gave it to the Pope John Paul II Cultural Center in Washington, D.C.

Testimony in the 1910 Process about devotion to St. Therese at the Philadelphia Carmel

As early as 1910, at the diocesan process in France, Father Thomas Taylor said “In the United States, she has friends at the novitiate of the Sisters of Charity in Emmitsburg, and at the Philadelphia Carmel.  A letter from this Carmel speaks of ‘devotion to Sister Thérèse among rich and poor, priests and bishops.’

Dennis Cardinal Dougherty, the ardent advocate of Therese’s cause

In 1912, another native Philadelphian who was to become one of the most influential supporters of the “Little Flower” discovered her at Carmel: Dennis Dougherty, later Cardinal Dougherty of Philadelphia.  As bishop of Jaro in the Philippines, he had come home on a year’s tour to raise funds for his mission.  Bishop Dougherty had promised a sister teaching in Manila to visit her own sister, a Carmelite of Philadelphia.  As he entered, Miss Mary Reilly, an “extern” who helped the nuns in their relations with the outside world, asked him to buy the life of the Little Flower.  In the Philippines Bishop Dougherty had heard nothing of the Little Flower.  He bought the book and was so moved by it that he placed his collection of funds for an orphanage and hospital in Jaro under the care of Sister Thérèse, whose cause was then at the diocesan stage.  In a few months she helped him raise more than $200,000.

Then he made a pilgrimage to Lisieux, met Thérèse’s sisters, and became her indefatigable advocate.  He visited Lisieux so often that all the natives recognized him by sight, presided at ceremonies there, and contributed lavishly to the fund for erecting the Basilica of St. Therese.  Through his influence, St. Therese of the Child Jesus parish in Mount Airy was consecrated on May 17, 1925, the day Therese was canonized.  In 1939, Cardinal Dougherty named the new high school for girls in Philadelphia “Little Flower.”  His letters to the Carmel appear here.

The Carmelite nuns invite you to join them in thanking God for the blessings showered on their community, on Philadelphia, and on the whole world through St. Therese, and in praying that together we may continue the mission of the Martin family “to love Jesus and to make Him loved.” 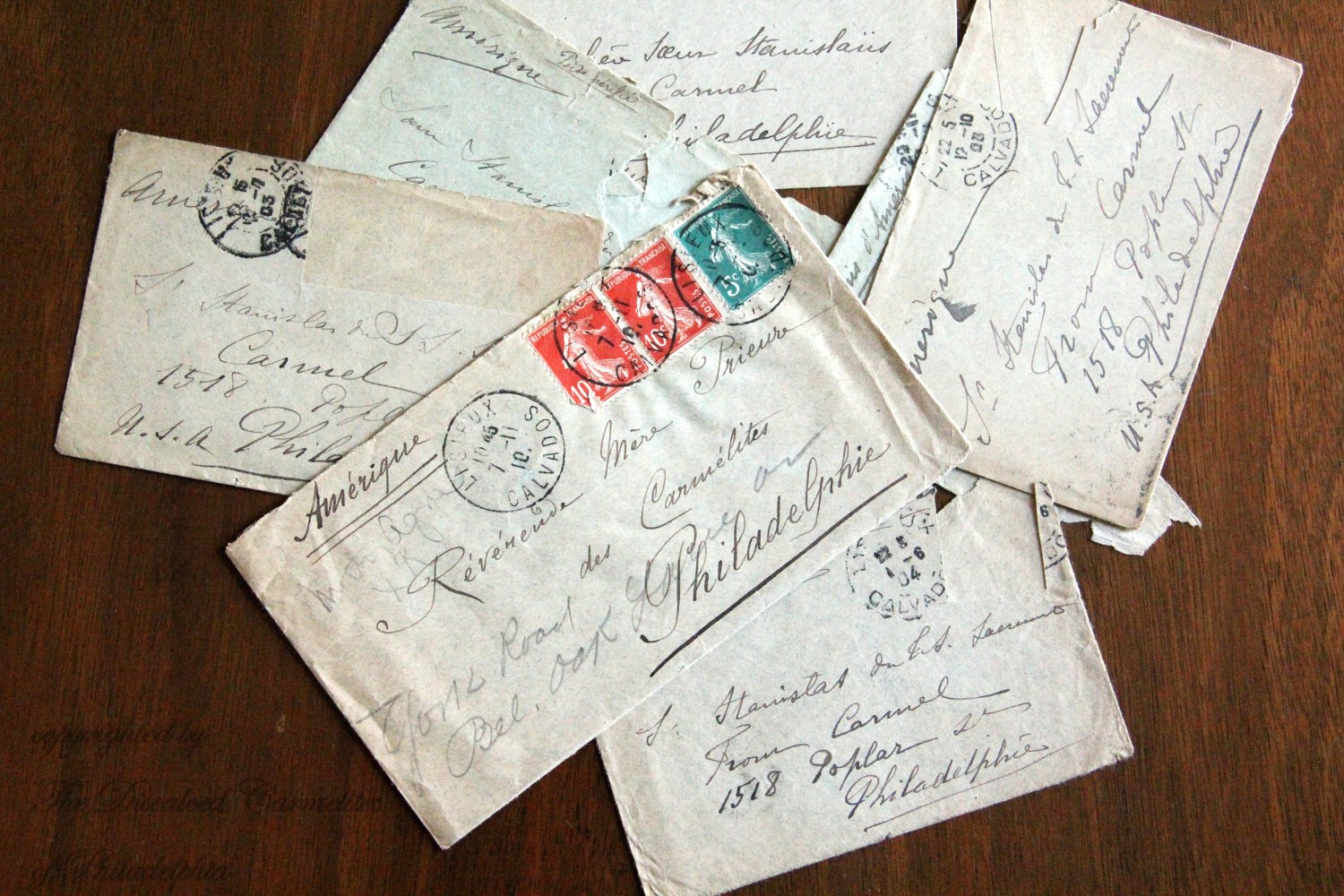