3 Carmelite Nuns From Philadelphia Started The Spread Of St. Therese’s Spirituality In The U.S. 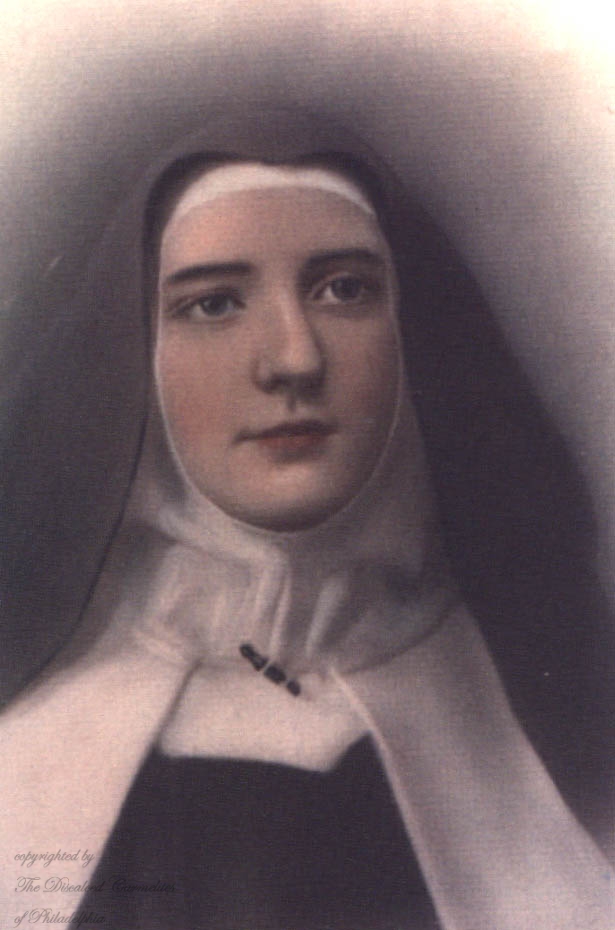 Sister Stanislaus Kelly, the first connection from the United States to Lisieux

Sr. Stanislaus was the young sister who first read the French copy of Saint Therese of Lisieux’s Story of a Soul

and was really the key in the contact with Lisieux Carmel and all that flowed from that before the Beatification.

Sr. Stanislaus of the Blessed Sacrament (Helen Kelly), 1879-1911.  A native of Philadelphia, she entered the Carmel of Boston in 1896, at the age of seventeen, and was chosen to be one of the foundresses of the Carmel of Philadelphia in 1902, at the age of twenty-three.  During the early years of her religious life, she read one of the first editions (in French) of the Story of a Soul, and became an ardent disciple of Sr. Thérèse.  She began communication with the Carmel of Lisieux and God used this contact as a means of spreading devotion to the “Little Flower” in the United States. She was an Extern sister; she lived outside the enclosure and served the community by assisting the visitors and delivery men. She is the sister who gave the Story of a Soul

to then Archbishop Doughtery.  He read it promptly, became infatuated with the Little Way and then became an important promoter of St. Therese’s cause. After the death of Sr. Stanislaus (1911), Sister Mary of St. Joseph (Daly) continued the work of promoting the devotion to St. Therese.